The human race as we now know it is at least 200,000 years old. We are able to determine the beginning of our species’ existence because of the data gathered and analysed by archaeologists. In the time humans have been on earth, we have gone from being killed by seemingly innocuous plants and animals, to creating treatment and prevention plans that defeat the deadliest of creatures. It can be argued that we have become the most dominant living organism not because we are the most anatomically advanced, but because we collect, analyse and utilise data better than any other species.

Data is the currency we use to purchase our dominance on the earth. Countries with high levels of development have invested more in collecting and processing data about vital sectors like health, education and the economy. For example, the 2010 U.S. census came with a US$13bn price tag. This significant investment provided data, which helped guide the U.S. government’s allocation of US$675bn to 132 different programmes that benefited its citizens, including health insurance. To achieve that similar levels of development, especially in the African health sector, we must band together to fix our data problem. 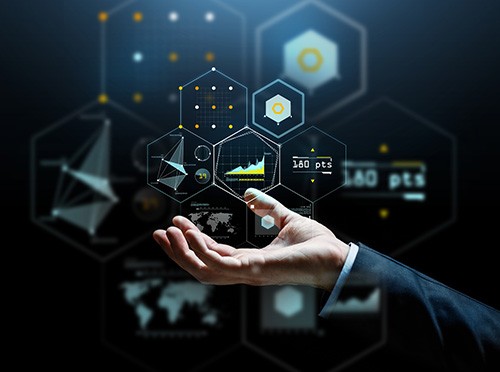 The data problem
According to the African Union, Africa accounts for 24 per cent of the world’s disease burden but contributes only 1 per cent to the total amount of money governments spend on health. There are a number of reasons for this but the lack of accurate data to guide the pockets of governments and private donor agencies is one with the most compounding effect.

It is nearly impossible to overemphasise the importance of valid data to decision makers. For governments and private stakeholders, there are certain blocks of data they rely on to take action. Some of these data blocks concern issues affecting health like birth, death and the environment. Unfortunately, Africa remains behind in gathering the most basic demographic data. In 2013, no African country had completely and accurately registered all the vital data blocks affecting health.

For most African governments, the allocation of funds to solve public health issues, is done with little or no data, preventing the planning, monitoring and evaluation of such projects. The implementation of critical public health projects without sufficient data insights is caused by analogue data collection systems' inefficiencies ranging from poor data sourcing and classification, to human bias and errors. What has happened as a result is that we have calcified a healthcare system powered by guesstimates, oblivious to important trends, and misinformed about the effectiveness of previously implemented policies.

Take Nigeria’s fight against polio for instance. While the world raced to eradicate polio by the year 2000, Nigeria’s progress was hampered by a lack of data amongst other things. When Nigeria eventually became the last African country to be declared polio free in 2014, the disease returned less than two years later in 2016, costing the country an additional US$28 million to restart the fight against polio.

Worse still, only four African countries track mortality rates with a system covering 75 per cent of the population or higher. Even in African countries with manual systems that generate considerable data, the information is rarely used because of concerns about bias and quality. Furthermore, because much of the information required by healthcare stakeholders is generated outside the health sector via agencies in charge of population censuses and civil registration systems, a lot of the data is not readily available for those who need it, when they need it.

Frustrated by the lack of access to quality, timely data in East Africa, the Bill and Melinda Gates Foundation and PATH, an international non-profit global health organisation, created a Data Use Partnership with the governments of Tanzania, Ethiopia and Malawi. These partnerships were formed to fund national health information systems that would provide government agencies and global non-profits with crucial data needed to continue tackling public health challenges in the region. Without data gotten through the Data Use Partnerships, the commitment of over US$300 million made by The Gates Foundation to facilitate the success of various public health programmes in Tanzania would be utilised without direction, and thus, have limited impact.

Building the solution
When my co-founders and I started Helium Health in 2016 to combat Africa’s healthcare data challenges, we knew we had our work cut out for us. Whatever solution we came up with had to circumvent the challenges of a manual system, or it would be ineffective. So, we turned to technology.

We soon realised that incorporating technology was not enough. Our solution also had to be easy to use, adaptable to accommodate a range of healthcare practices, and built to function amidst the unique challenges of healthcare environments within Africa such as poor Internet connectivity. We created a system that aggregates and analyses information from a plethora of data points to provide private and government healthcare stakeholders with intelligence necessary to make healthcare decisions.

Government agencies are able to get all the aggregated data from different healthcare centres at the stroke of their fingers. They are able to identify trends, allocate money to fix issues and obtain actionable feedback.

In 2011, the Journal of Pharmacy and BioAllied Sciences published a scathing report on Africa’s “poorly developed” healthcare system. In the article, they suggest that developing a system well-grounded in medical intelligence and making it the backbone of a country’s health sector is necessary to achieve successful healthcare coverage. With the myriad of challenges facing the African continent, from booming populations in West Africa to the rise of non-communicable diseases like diabetes in North Africa, now is the time to create strong data practices on which we can build resilient, nimble health systems that can support the world’s youngest population.

Ovia will be discussing ‘Millennial leadership development in Africa’s healthcare ecosystem’, on May 30, as part of the Africa Health Leaders Forum, at Africa Health Exhibition and Congress.