Fluorescence-guided surgery. The future is now! 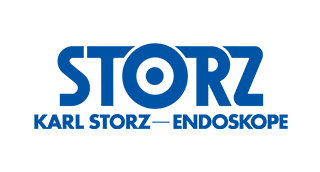 The presentation will explain the different aspects, principles and clinical applications of fluorescence-guided surgery, with several video demonstrations and potential of the current available procedure.

Learning the principle of fluorescence-guided surgery and clinical applications

Eng, MBA. Majd Jamaleddine is the Marketing Director of the Technology Platform Department at KARL STORZ Subsidiary in Beirut. Majd, who holds a bachelor degree in Electrical Engineering and a Master in Business Administration, is responsible for the marketing activities related to Operating Room Integration & Digital Services, Imaging, Microscopy, Navigation, and Endoscopy Equipment.

Chief of General and Emergency Surgery at the IRCCS - Ca' Granda - Policlinico Hospital and Professor of Surgery at the University of Milan, IRCCS Foundation, Milan, Italy

Once completed his training in surgical oncology at the Department of Surgery of the University of Insubria in Varese (Italy), he focused his interest in minimally invasive surgery moving to Dundee (Scotland) where he worked with Sir Alfred Cuschieri for more than 3 years. Back to Italy, he became Associate Professor of Surgery and he founded and directed for more than 10 years the Minimally Invasive Surgery Research Center in Varese. He published so far more than 200 scientific article on different topics in peer reviewed journal and more than 15 chapters in surgical book. He is in the faculty of several well-known center such as the IRCAD in Strasburg, the Cuschieri Skill Center in Dundee, the European Surgical Institute in Hamburg and many more.